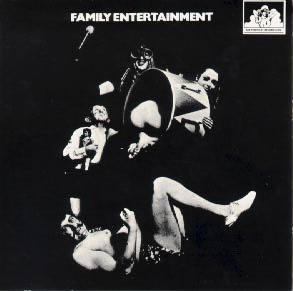 No bluesers whatsoever, but to me Roger Chapman and Family embodied the whole psychedelic scene at the wonderful late 60's era. Roger threw himself into the song and sometimes into the audience in epileptic fits, shouting the lyrics in his unusual timbre. Thin, stubblecheeked; a deranged man on a mission. John Whitney's guitar flowed freely (just like the oil projections) and Jim King's saxophone added to the mood. "The Weaver's Answer", "Observations From a Hill" and "Hung Up Down" (all on the "Family Entertainment" album) made a perfect row of songs. To some, the vocals of Roger Chapman might be controversial. To me they were habitforming and I keep picking up his albums to this very day.


"Charges along at a fair old pace, with a heavy beat and resonant twangs supporting the solo vocal - which, by the way, is encouraged by some spirited chanting from the other members of Family. The drive, the tension and the volume build to a palpitating climax.

You could hardly wish for a stronger beat - and the lyric is well thought out, too. But there's virtually no melody at all, and that's its main handicap."

In my singles box I found

B-Side: I guess N.M.E. would have said "no melody here". A bit impersonal but nice atmosphere.

For a list of Family's albums I recommend any good rock dictionary.

Parts of Family incl. Mr. Chapman founded The Streetwalkers: a hard rock band with successes in the U.S.

Roger Chapman then began a long and impressive series of solo albums in 1979 (1st album: "Chappo").